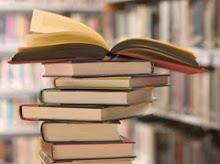 About Car Accident Law and Lawyer

Negligence is the legal term for any careless behavior that causes, or contributes to, an accident. For example, a person is negligent if he neglected to stop at a stop sign and, as a result, hit your car as you were coming through the intersection.

A person can be considered negligent whenever he or she had a duty to act carefully and failed to do so. (Generally, we all have an obligation to act with ordinary and reasonable care in any given situation -- that is, in a manner that will not foreseeably injure those around us.) For example, a person who drove at night wearing sunglasses would be negligent, because any reasonable driver would know that doing so would increase the chances of causing a traffic accident.

For most types of accidents, a person must be found negligent in order to be held legally responsible for another person's injuries. If a person behaves negligently and that behavior causes you harm, you can most likely recover compensation for your injuries.

How do I legally prove who was at fault for an accident? 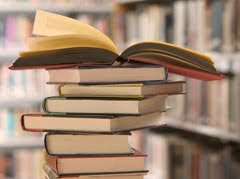 You will probably be making your case to an insurance company, not a court of law, so you don't need legally perfect "proof" of anything. You'll be negotiating informally with the insurance company through letters and phone calls with an insurance adjuster. You just need to make a reasonable argument -- in plain language -- that another person or company was careless ("negligent"), even if there are also plausible arguments on the other side.
For example, in a car accident case, you do not need to present measurements of tire marks or precise angles of collision. Just point out that the other driver hit you from the rear or turned in front of you. Common knowledge of driving rules tells both you and the insurance company who was at fault.

If you make a good argument why the other person was at fault, the adjuster will realize that if the matter wound up in court, there is a good possibility that its insured person would be found legally responsible. Companies usually prefer to pay a reasonable claim settlement sooner, rather than risk having to later pay not only for your injuries, but also court costs and lawyer fees.

Can I get compensation for my injuries if the accident might have been partly my fault?

Even if you might have partly caused an accident yourself, you can still receive compensation from anyone else who partly caused the accident through carelessness (or recklessness). The amount of another person's responsibility is determined by comparing his or her carelessness with your own. For example, if you were 25% at fault and the other person was 75% at fault, the other person (or that person's insurance company) must pay 75% of the fair compensation for your injuries. This rule is called "comparative negligence."

There is no formula for assigning a percentage to your carelessness -- or that of the other person. During claim negotiations, you will come up with one percentage; the adjuster may come up with another percentage and explain why you bear greater responsibility for the accident. The different percentages at which you each arrive then go into the negotiating hopper with all the other factors that determine how much your claim is worth.

Can I get compensation for my injuries if my physical limitations made the accident more likely or made my injuries worse?

Say you have a bad knee, which makes one leg a bit unsteady. Or your eyesight, even with glasses, is not very strong. If you fall on a broken stair, are you still entitled to compensation even though someone with stronger legs or better eyesight might not have fallen?

Absolutely. All people, regardless of physical ability, have a legal right to make their way through the world without unnecessary danger. Owners and occupants of property must not put in unnecessary danger any person who might reasonably be expected to be on the property. The same goes for drivers and everyone else -- no one may create unnecessary danger for anyone whose path they might cross.

Posted by Massachusetts Car Accident Attorney, for making a Formal Claim for your Injury at 8:32 PM No comments:

Labels: Car Accident Law and Lawyer : Everything you need to know
Home
Subscribe to: Posts (Atom)